WHAT’S INCLUDED?Mercedes Minivan or Sedan driver guided, Pickup and drop off from/to your Hotel
EXCLUSIONSPrivate guide, Entrance fee, Food & drinks, Tip or gratuity
WHAT DO I NEED TO BRING?It is recommended to wear comfortable shoes and water proof jacket.
CANCELLATION POLICYWe will charge a cancellation fee of 100% if booking is cancelled 3 days or less before event

Catania is an ancient city both medieval and baroque destroyed by earthquakes, by the Etna eruptions and by different wars. For this reason, here there are very few historical constructions: in the Catania Cathedral you can see the ancient ruins of a Roman amphitheater, of some Roman spas and of some Arab-Norman palaces. This city was rebuilt during the XVIII century.

The Cyclops islands in front of Acitrezza along the Riviera dei Cyclopi, have their mythical origins in the Odyssey. It was here that the one-eyed Cyclopes once lived, one of whom was Polyphemus, who was the son of the sea god Poseidon and who caught Odysseus and his companions and ate them one by one. Odysseus, however, succeeded in blinding the Cyclops and escaped. In anger the now-blind
Polyphemus threw huge rocks at Odysseus who managed to escape into the sea without being struck. These Cyclopes rocks, the Isole dei Cyclopi, still rise in the sea in front of Acitrezza and gave the entire coastal region its current name. 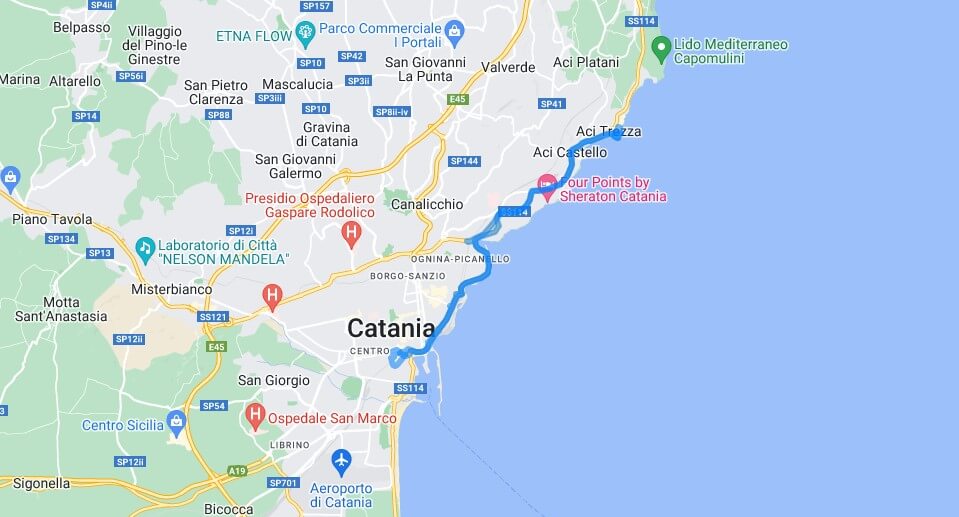 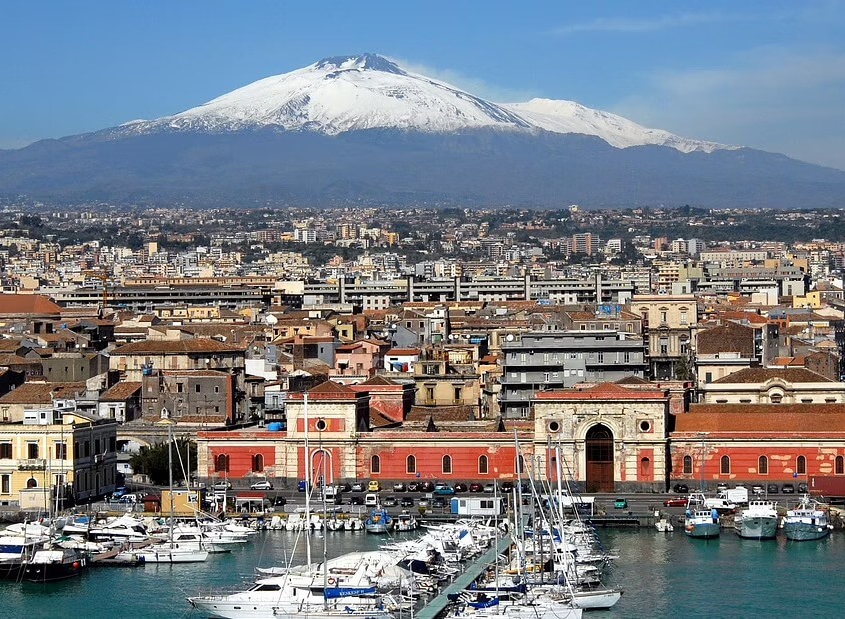 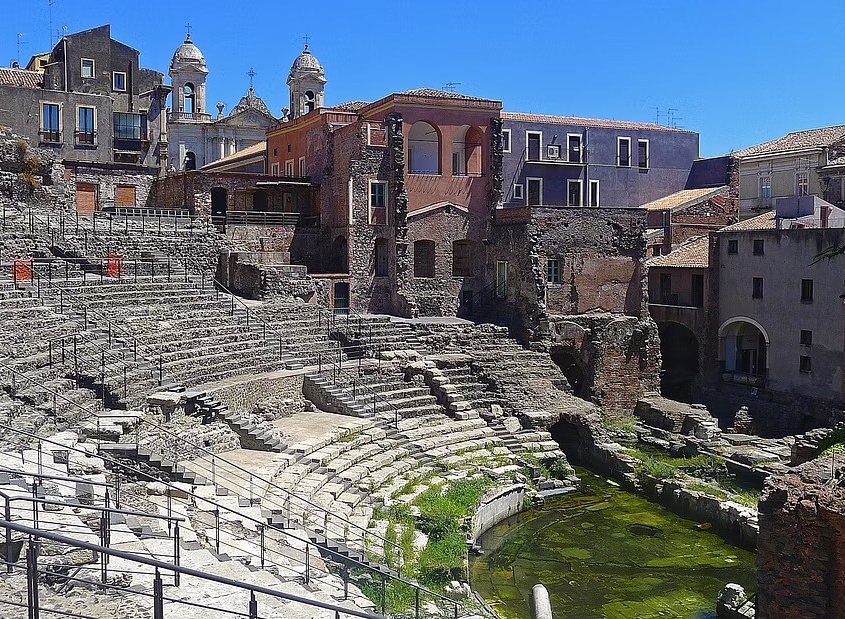 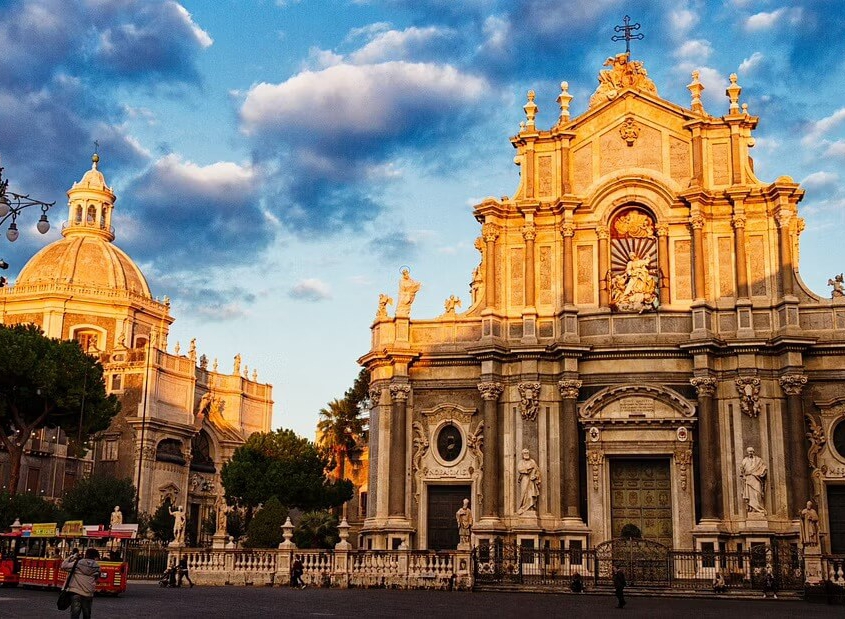 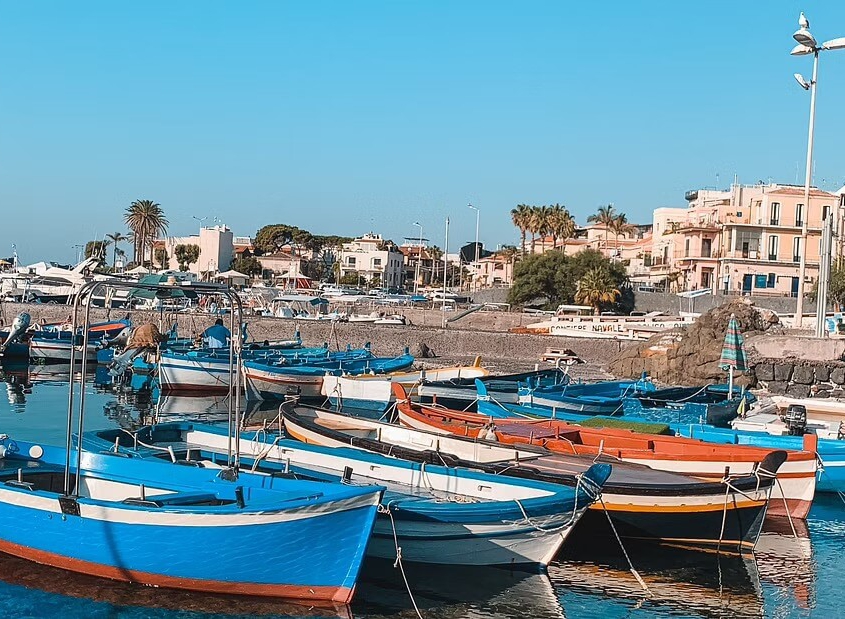 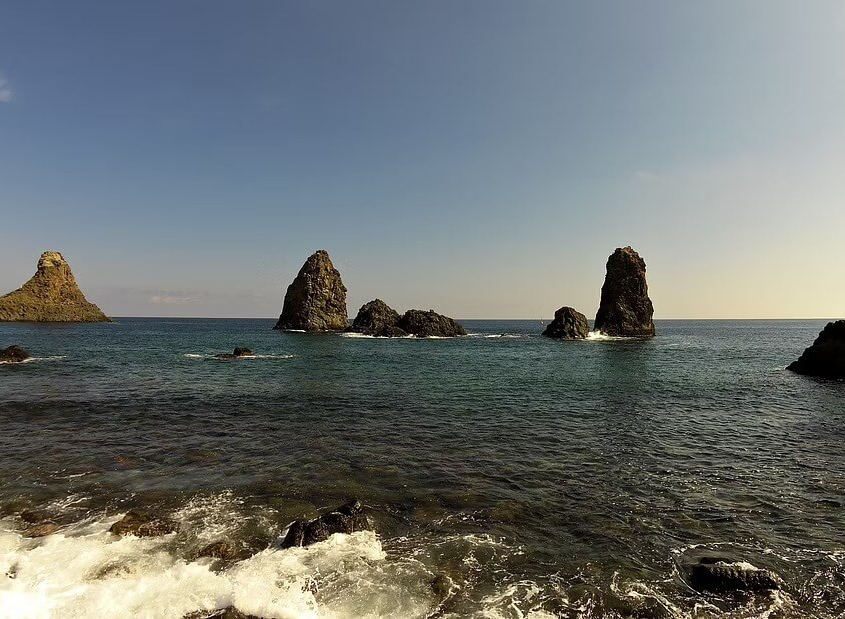 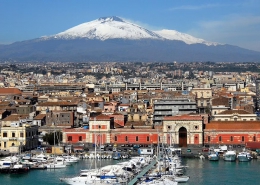 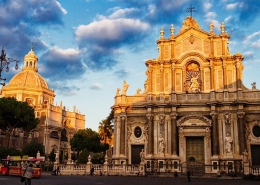 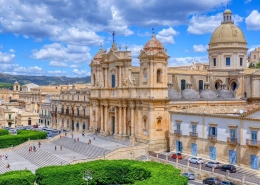